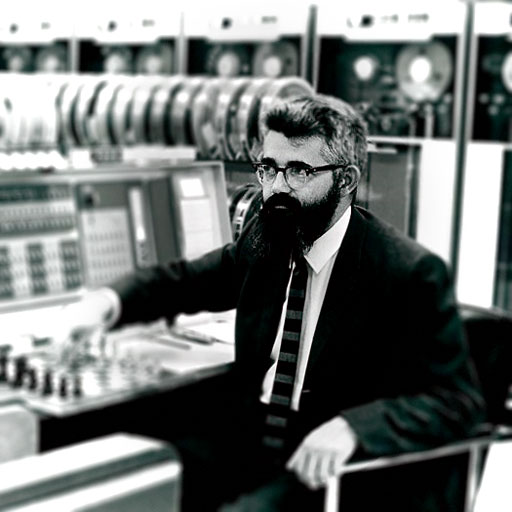 Most well known for Lisp, which is seemingly always tied to A.I. as if it can't do anything else, I prefer to think of him as the father of Dynamic Programming. Where Ritchie provided typed structure, close to the processor, McCarthy was all "hey man, come on down to the party where anything goes. They're called variables for a reason!" And while Lisp probably contains too many parens for any sane person to accept, dynamic typing can be pretty awesome.
Whoa there my bearded friend. There's more pogonotrophy where this came from